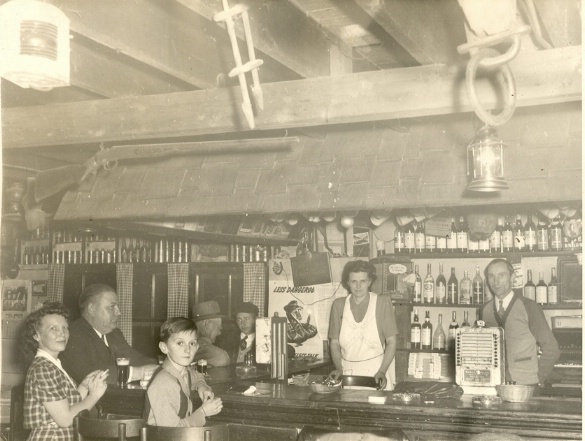 Theresa and Ambrose Gansfuss stand behind the counter in the original Chicken Coop Tavern about 1945. Their son, Eugene, sits in front of them. In 1946, the tavern got Franklin’s first television set. In 1948, the business was relocated from near Sidney Brook to its current location about a mile south on Sidney Road. In 1980, the Clinton Elks Lodge 2434 assumed its management. Photo Credit: Turk Miller, commercial photographer in Clinton