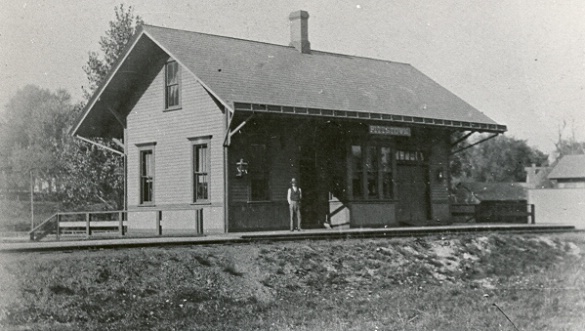 The Pittstown Branch (later Lehigh Valley) Railroad Company opened this station in Pittstown on July 4, 1891, largely to facilitate the market transport of Franklin’s plentiful peach crop. Passengers also could travel to Flemington or New York City by transferring to the main line in Landsdowne. In 1969, service, which by then was exclusively freight, was ended. The State turned ownership of the station over to Franklin n 2006 and the long process of restoring the building is beginning. Photo Credit: The Franklin Archives